Retro games are always a great way to get a hit of nostalgia, with many people who grew up in the 80’s and 90’s wanting to relive their childhood memories. Games like Zelda, Mario, and Metroid were all massively popular which is of course still true to this day, and many are dedicated collecting all of their favorites. There’s nothing better than having a shelf full of classics complete with box and manuals/inserts – they make a great display piece, and even just having a library of vintage games on display is enough to satisfy some people’s video game itch. Collecting games can prove a worthy investment if you know what to look for, and this also applies to the Japanese version of games.

While collecting games in English is a given, many are also turning to the Japanese versions for a number of reasons. With the rise in their popularity, now is a great time to start collecting and playing some classic gems in Japanese. Here are 5 reasons in no particular order why you should start collecting retro Japanese video games.

Japanese games come with some amazing box art along with them, and can add a little flare to your collection. Having both versions of the game can also help you appreciate the different directions of the art went, perhaps to cater to the different audiences. There seems to be a lot of hand-drawn style box art for Japanese games, while the western counterparts go for a more 3D look, depending on the platform. Both styles have their charm, but we really love the Japanese style. 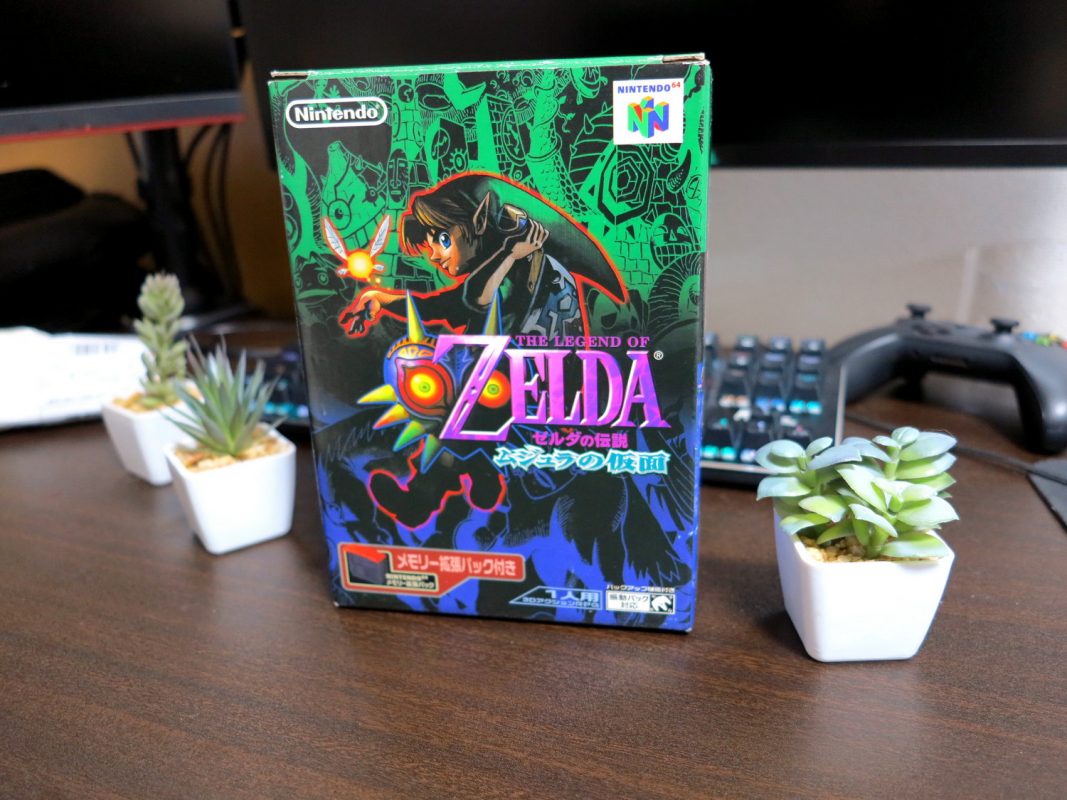 Take Lost Odyssey for the Xbox 360 for example. You can tell they went with a completely different art direction. With the Japanese version, they focus on the main protagonist, Kaim Argonar, and they’ve gone for a more portrait style box art. Curiously, they’ve used the same font for the title. Both of them look great! 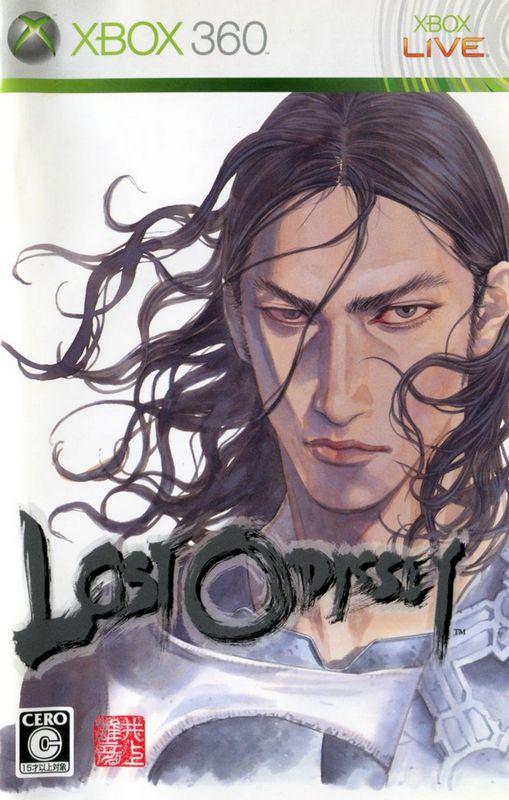 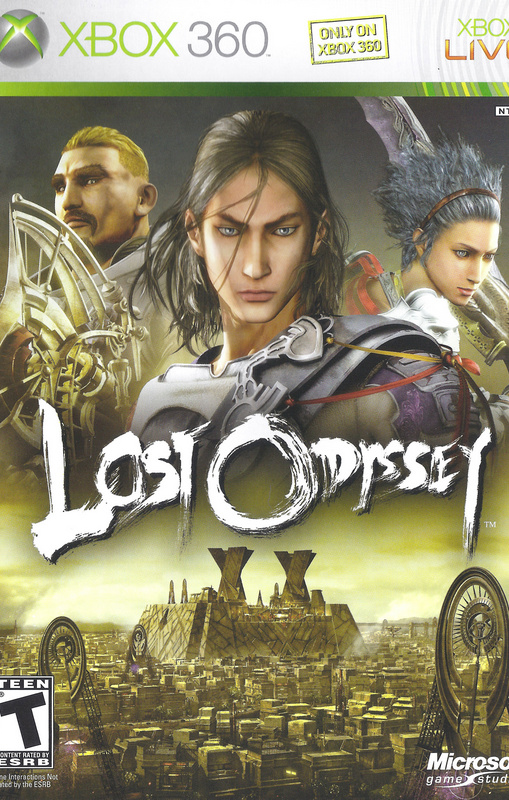 Lost Odyssey for the Xbox 360. On the left is the Japanese version, and on the right is the U.S. version.

There are a lot of amazing covers for the Japanese versions of Super Nitendo games, or Super Famicom in Japan. Since they can be had for pretty cheap compared to western variants, they’re great for decorating your shelf. 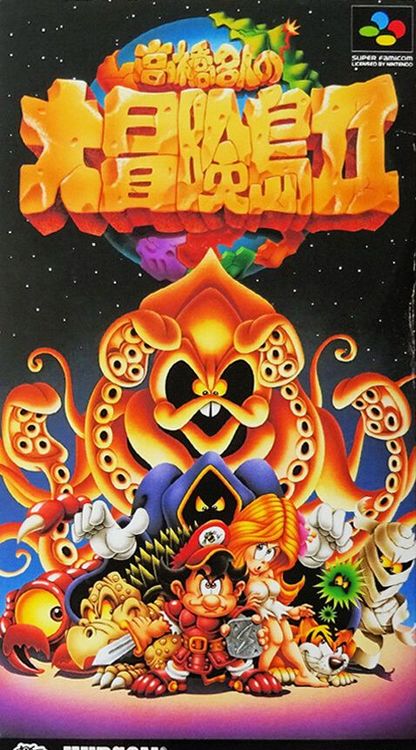 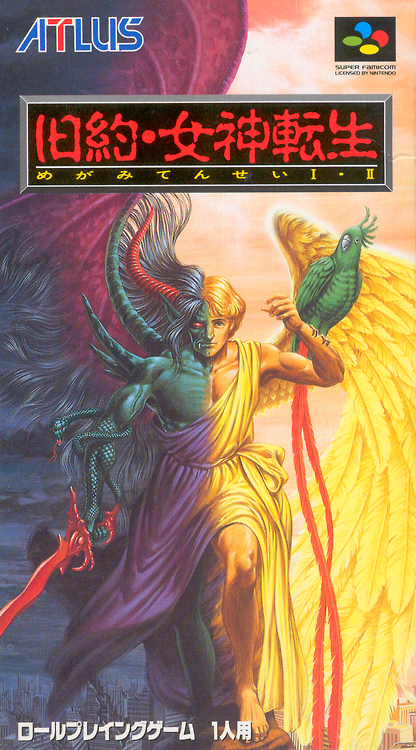 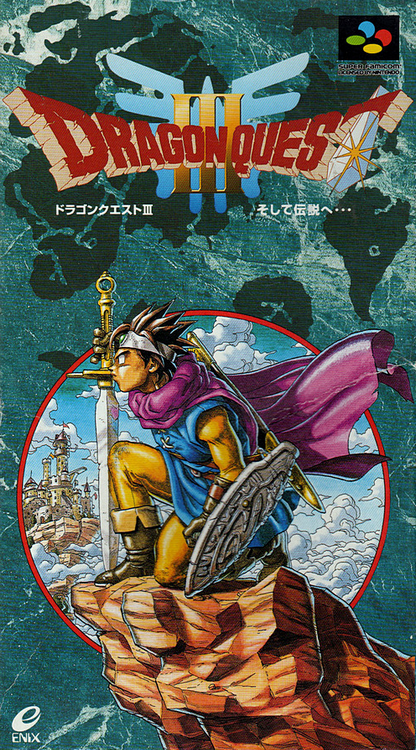 Games like these back in the day also came with some awesome extras like robust instruction manuals and other inserts. Some even came with trading cards (for example, Donkey Kong 64).

It’s no secret that buying older games from sites like eBay can cost a small fortune depending on what you’re looking for. And then if you’re after something that’s complete in box and isn’t mangled or missing bits, expect to pay double or more. Maybe it’s a cultural thing, but more people in Japan seem to keep their boxes and manuals in great condition considering how easy it is to find games and consoles complete in box.

Take one of the games we have listed for example: Donkey Kong 64. The box is in great condition, comes with all of the inserts, and the trading cards are brand new and sealed. We’re asking USD $25, which is a fair price. 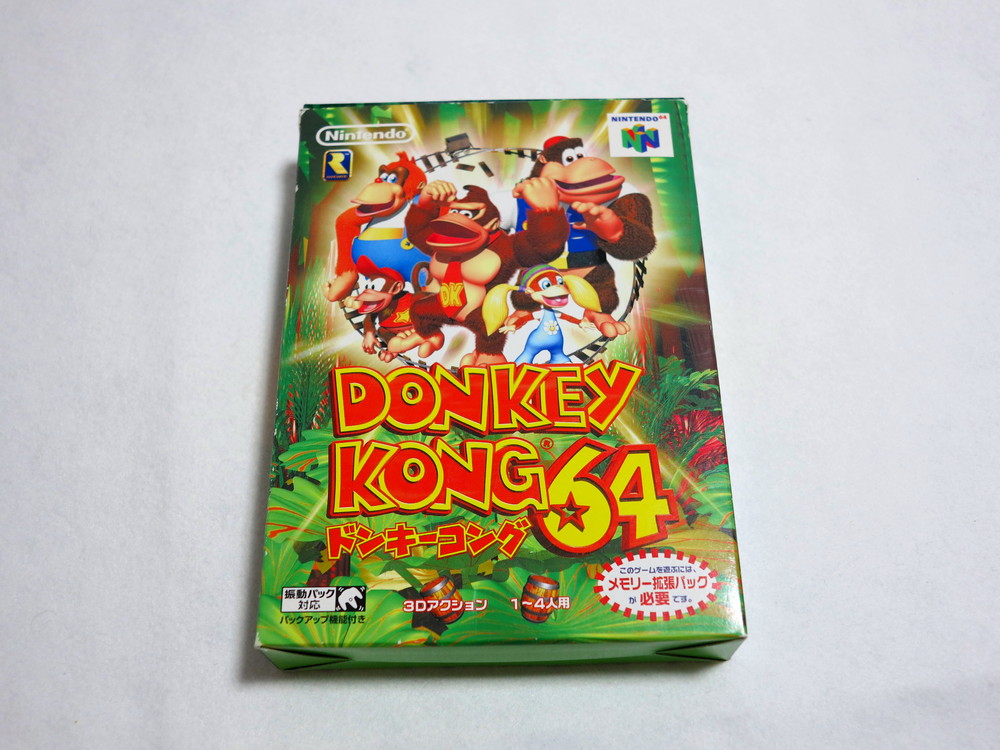 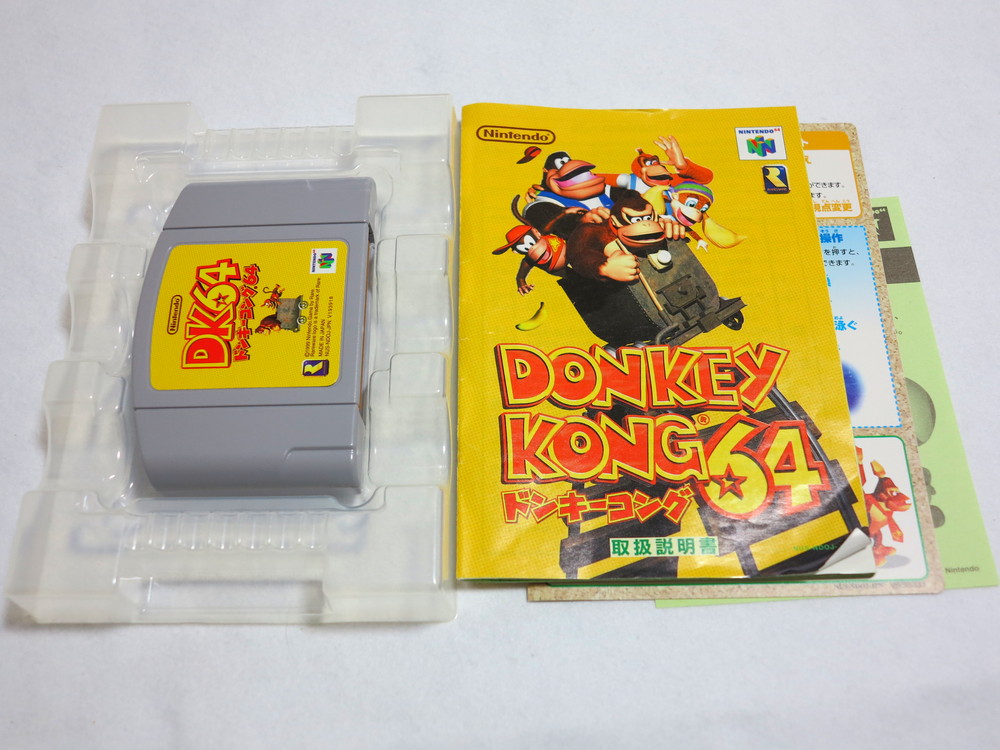 Looking for the equivalent PAL version in Australia, there’s listings for AUD $250 or more. In the example shown below, the box looks like its in average condition, and it’s missing the expansion pak. 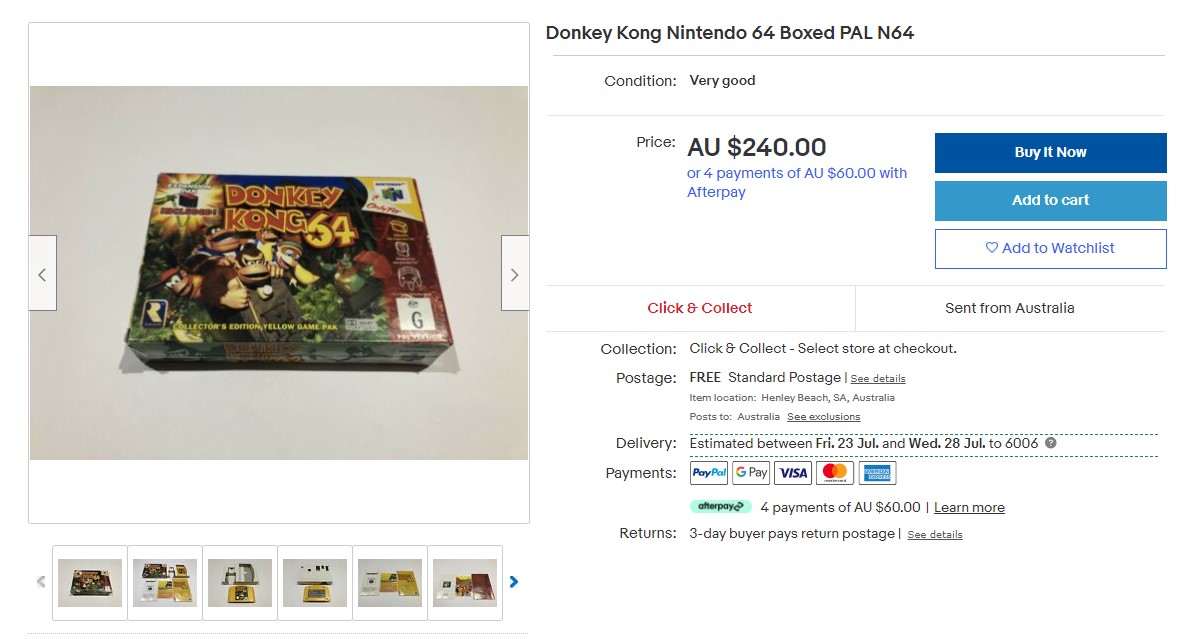 We totally get that there’s differences in supply and demand, and people want the old games they grew up as a child. But given the huge price discrepancy, we think that buying Japanese games to help fill your collection is a great alternative.

While there are some RPG’s that are heavier on reading, there’s also a nice range of retro games that are great for beginners. Case in point: Pokémon. With it being widely popular around the globe, a lot of people have played at least one iteration of the games. The great thing about the Japanese versions of the Pokemon games is that they’re aimed at a younger audience, meaning the in-game text is easy to read.

If you’re looking to break into learning some Japanese, there are essentially three “alphabets” that are used in the written language: Hiragana, Katakana, and Kanji. The former two are phonetic alphabets and can be picked up quite easily with some study over a week or two, while the latter is a completely different beast. Kanji characters have multiple readings, there’s about 2000 of them used, and learning them takes a considerable amount of time. In the Pokemon games, all of the text is in Hiragana, meaning they’re fairly easy to pick up for beginner learners.

It might even be a good idea to try out a game you’ve played previously in English so you have an idea of what’s going on in the story. Playing games in Japanese will also make you realize the differences in dialogue compared to English. There are many instances where dialogue has been translated completely differently to cater to the different audiences. For example, in the Japanese version of Pokémon games based in the Kanto region, there’s an old man blocking the way out of Viridian City, with the Japanese text reading that he has passed out drunk. However, in the English version, the same old man is grumpy since he hasn’t had his coffee.

Pokémon is just one example of a good resource for practicing Japanese, but there’s a huge range of other games that are also useful. As you get better at reading and understanding Japanese, you can move on to more text-rich games.

While just anecdotal, the collectability of Japanese games will steadily increase as time goes by. The prices of Japanese games and consoles have been increasing in recent years – just a few years ago it was possible to purchase a boxed original Gameboy (DMG-001) for around 3000 yen (30 USD), however the prices have exploded with them now costing 15000 yen or more depending on the condition. This obviously depends on the place you purchase your games. Of course the pandemic hasn’t helped with the price of collectables, but it still seems there’s a growing market for Japanese games regardless. People outside of Japan are wanting to add to their game collections with the Japanese versions of their favorite games, evident with the climb in price.

With this in mind, picking up some games from Japan is a no-brainer. What games or consoles should you pick up, might you ask? This leads us into the next reason:

#5 There is an abundance of Japanese exclusive games and consoles

There were so many games and consoles variants never released in the west, making them worth picking up. This also applies to modern games like for the Nintendo Switch or PS4 – both of which are region free. One of the favorites here at Nagoya Retro is the Game Boy Light. The Game Boy Light was released in 1998 as an exclusive to Japan. Its main feature that set it apart from other Game Boys was that it had a blue/green front light for gaming in places with little to no lighting. This was amazing for those who wanted to game in bed at night without the need for one of those bulky light attachments. Along with the standard gold and silver variants of the console, there were a few special editions that were released. While they can be a pretty steep investment, it’s likely their prices will only keep going up. 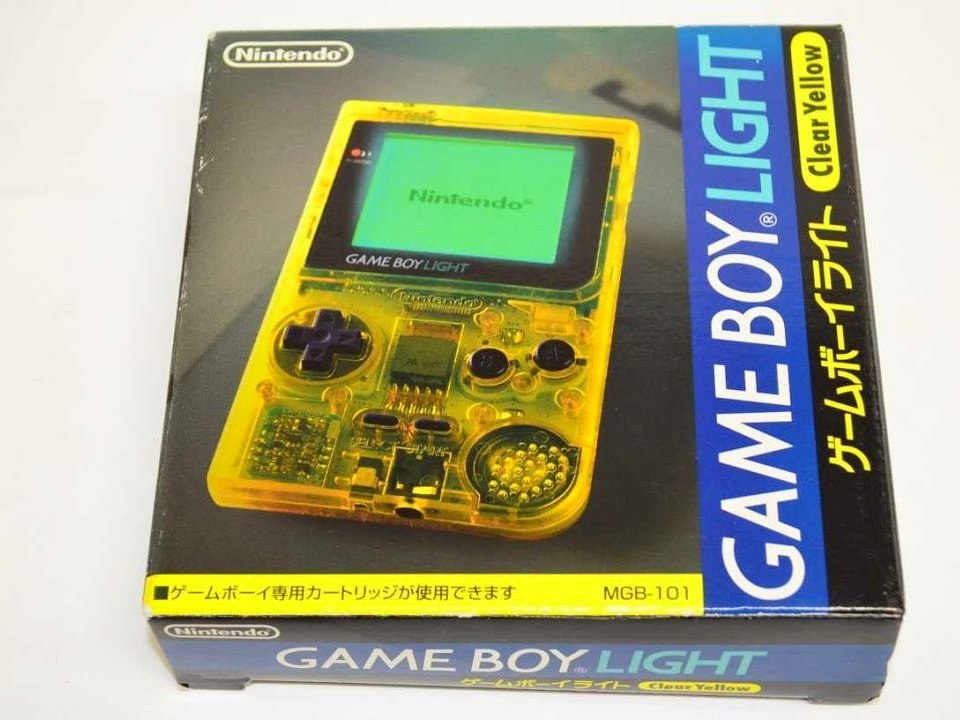 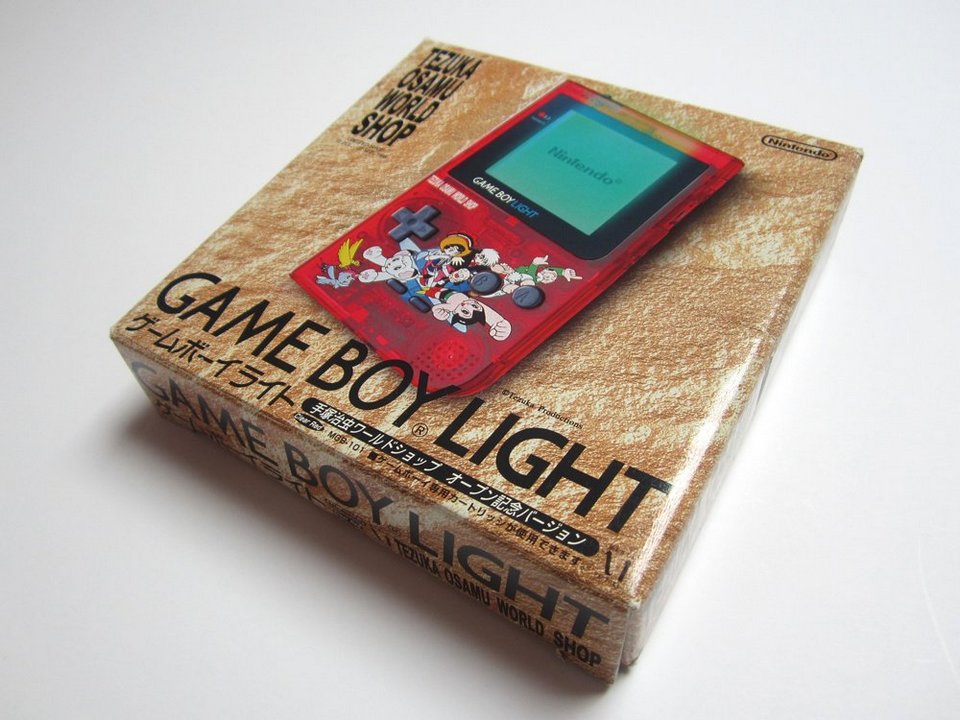 Besides handhelds, almost every console that was released in Japan also has models that were never released in the west, including for the Nintendo 64, Gamecube, and obviously for modern consoles also like the Nintendo Switch.

In terms of games, there were a plethora of them never released in the west that would make an amazing addition to anyone’s collection. For example, Earthbound (Mother 2 in Japan) was a sleeper hit back in the day, and the sequel for the Game Boy Advance never made it out of Japan. There’s also other classics like Bahamut Lagoon for the SNES (which was the original Final Fantasy Tactics) and Jump Ultimate Stars for the DS.

In conclusion, these are just some of the reasons why you should start collecting retro video games from Japan. They make an awesome addition to any collection, and now is a great time to pick up some classics before the prices start to climb again!